Goiters, Teapots, and Royalty -- OH MY!

After several hours of being entertained by monkeys spitting, biting, and stealing -- our driver took us to explore the rest of Ubud and to get some lunch.

Once we arrived to the actual tourist-y part of Ubud, the girls eagerly jumped out of the van and started heading to this BBQ place. As usual, I must have spaced out in the car because I clearly missed this conversation. As soon as they announced where they were going, images of slaughtered pigs, worms, cadavers, and other disturbing memories filled my brain. I have my wonderful cousin Zackary Livingston to thank for that one. I politely declined and found another spot to eat by myself.

While the others wandered off to find their "scrumptious" lunch, I wandered around for a few minutes, exploring the different cafes. On my mini-adventure, I passed a lady selling some beautiful scarves. I didn't pay much attention to the details of them as I was distracted by the fairly large goiter on her neck. We read about this back in Nursing School at UT (GO VOLS!) but I never thought I'd see the day when I'd actually get to see an actual one instead of just images in my textbook. For all my fellow science nerds out there, here's a Google image for you.


Taking an actual picture of her would have not only been completely rude, but obvious as well.

What is a goiter? If I recall correctly, goiters are caused by a swelling of the thyroid gland. The thyroid gland is found in one's throat and mainly controls your metabolism. Sometimes weight issues are blamed on the thyroid gland (and often, it's just an excuse) and people seek medicine. Goiters form when there is not enough iodine in the body. In America, we now have iodized salt so this condition is not much of any issue anymore; however, in developing countries that do not add iodine to their salt, goiters are prevalent, mostly in women. No one else seemed phased by her goiter. I tried not to stare but it was so unexpected.. like a lot of things in Indonesia. 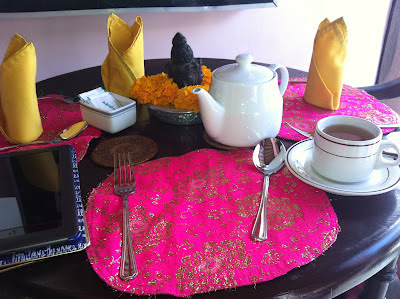 My lunch was delicious! I had a pot of English Breakfast Tea to myself and some sort of vegetarian dish that words cannot even begin to explain! The cafe was outdoors, so I got a nice breeze, sipped some tea and read the latest novel in my Nook Tennessee Waltz by T.M. Simmons. It's addicting. I highly recommend it. :)

After lunch, I treated myself to a Magnum Icecream Bar. These things are delicious. They are covered in rich, Belgian chocolate and are filled with all-natural vanilla bean ice-cream. I will miss this when I am not in Indonesia! It's one of the most popular ice-cream brands here and they have so many different flavors.


I met up with the girls shortly after and we were on our way to explore some temples! We did some sightseeing in Ubud, checking out various shops that sold handmade wooden carvings, silver, porcelain pendants, and other souvenirs. The silver jewelery was gorgeous but entirely way too expensive. I had to quickly exit the shops before I spent a ridiculous amount of money.

As I mentioned in an earlier post, the royal family of Ubud still lives here! It was a bit surreal to just walk on their grounds without having any tight security or having to pay some sort of entry fee. I even saw the gate that led to the entrance of their home. What most surprised me was the way in which the royal family lives. They walked around the grounds as though they were everyday people. One gentleman even had a cell phone. They looked very similar to the other locals, except for fancier garments, and appeared to be very down-to-earth. Here are some photos from their grounds which was surrounded by beautiful gardens and ancient temples for worship. 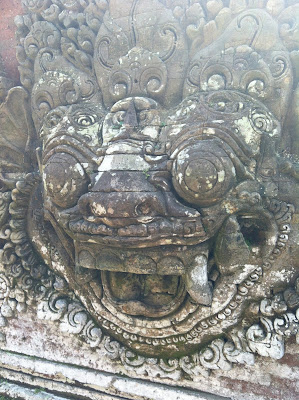 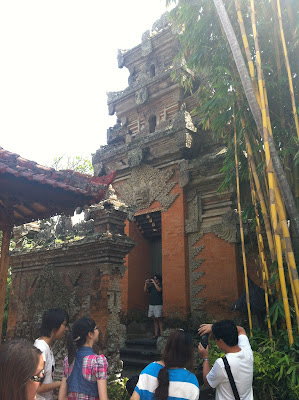 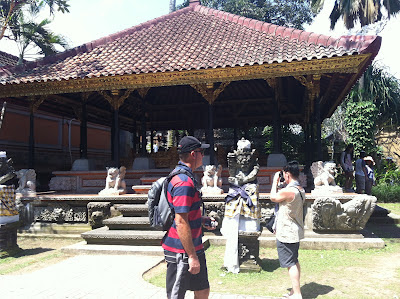 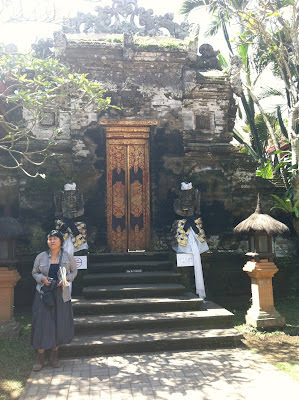 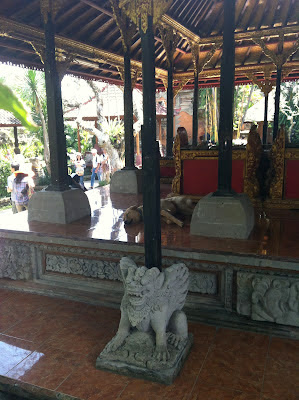 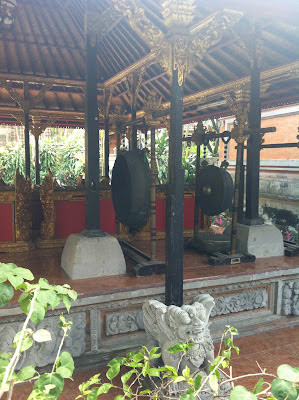 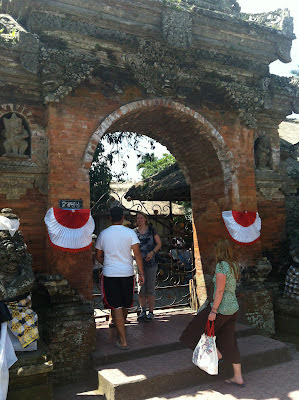 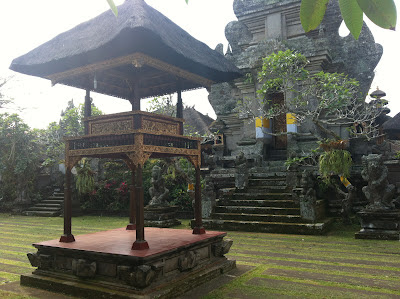 All in all, the town of Ubud was fascinating. My next post will be about the amazing Elephant Cave. Make sure you check back in a few days.