The holidays are over and it's back to the grind we go with school. I must say it was quite nice being home for the holidays. I had such a wonderful Christmas and New Year's that I honestly wasn't ready to fly back to Jakarta -- but then again, I don't think I ever will be.

Living overseas in a 3rd world country has its ups and downs. I am very thankful for the way in which my perspective of things has altered dramatically. You always hear about how well off we have it in the States, but you don't really get a taste of that until you learn to live without the conveniences that have become part of our every day life. What do I mean?

Take Wal-mart for example. It's every shopper's dream (well for those who aren't easily overwhelmed) the moment they walk through its automatically sliding glass doors. Food, clothing, housing appliances, stationery, electronics, etc. all available in a language you can read and also communicate in. The closest equivalence we have to Wal-mart in Jakarta is a Carrefour. It's more K-mart sized, if anything. They have your every day items but they are definitely difficult to find (at first), frustrating to compare price (at first), and come in travel size EVERYTHING. I am grateful for American products, but because they are imported, they are 3 or 4 times the price. 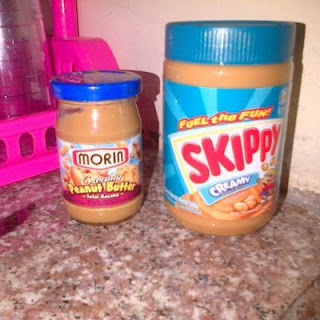 I miss home terribly, but now that school has started, I think it will go by fast enough for me not to dwell on it too much.

Today has been very interesting to say the least. I definitely was entertained at school. It is the rainy season in Jakarta so it pours non-stop. Like, I thought living in Tennessee was rainy weather.. but this is definitely monsoon material. I have never seen so many flooded streets! It is so very sad to drive to school in the mornings and pass small, wooden shack like structures that are actually homes to locals in the Pantai Indah Kapuk area just absolutely drenched in waist-deep water.


You don't realize how good you really have it until you see the way in which many of the people here live. It breaks my heart.

I find the rain relaxing and the past couple nights have been full of thunderstorms and lightening. I didn't really think much of it until this morning at school when more than half of the kids were missing.

Before I knew it, the school announced they were closing for the day and that all students were to go home. Thus, began the endless phone calls to worrisome parents, nannies, and drivers (yes..)

After several hours, we had most of the building evacuated. They then allowed teachers to go home around 11. We hopped in our transport, not realizing how long the journey was about to be. Normally, it takes maybe 30-ish minutes to get home but it took us well over an hour! I slept most of the ride but during the times when I did sporadically wake up, I saw children wading through water, families of four driving on the motorcycles in knee deep water, homes flooded, trash floating.. it was so sad. So many cars had to pull over on the side of the road because the water levels were so deep.


What makes it even more sad is that many of the locals here are street vendors. They literally drive their shop on a bike or pull it using some wagon-type set up. But when there is rain, there goes their business, money, and the way in which they feed themselves and/or support their families.


I found this video that was uploaded by ABC a few hours ago. It will give you a glimpse into our current situation. Just click the link below.

Oh, and I'm safe! My apartment is on the 14th floor and I have enough food and water (Aunt Ruthie..)

Miss every single one of you!

Posted by Amber Yarbrough at 3:41 PM