A Tale of Bajais, Bikes, Bogor, and the Bostons

It has been awhile since I posted a blog entry and I send my apologies, especially to my grandmother who insists I keep her updated on recent happenings. Truthfully, March was c.r.a.z.y. I got bacterial laryngitis and lost my voice for an entire week. I finally caved in and went to the local Rumah Sakit which literally translates into "House Sick" or sick house. It looks and acts as a hospital and outside of the language barrier, it was a pretty smooth doctor's visit. One of my colleagues, Mr Pedro, offered to go with me after school on a Thursday. We hopped into a rick racketing orange bajai for only 10,000 rp ($1 USD) and were at the hospital within 5 minutes. I felt like I had entered a time machine. The nurses were wearing the old fashioned nursing uniforms from like, the 50's. They were dressed in all white with thick, rubber shoes and pantyhose. I was too sick to even snap a photo but here's an image from Google to give you an idea... 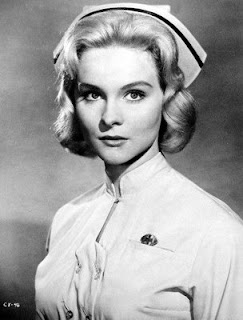 After some translating and paperwork (not nearly as extensive compared to that in the states), I saw the doctor, was forced to crawl into the bed as if I was staying over night as a nurse put a thermometer under my armpit and the doctor listened to my heart. A quick diagnosis of bacterial laryngitis and an Rx for meds and I was out the door. Now all you have to do is hit repeat a month a half later, I'm back with the same illness. -_______- Refusing to suffer any longer, I went back to the hospital last night and you would have thought I was some freak of nature for showing up alone. The doctor couldn't get over it. I don't think I will ever understand people who think it's strange that I enjoy my independence. Anyway, Dr. Kevin (a poor excuse for a doctor, I should mention) gave me another round of medication and sent me on my way, reminding me not to eat "fried food" for a few days. I hardly eat fried food. I'm not sure why that's such a popular doctor's order here. He didn't stress the importance of sleep or to drink hot tea. Maybe it's because everything is fried in Indonesia. I don't know. I was too irritated to question him any further. Mother dearest thinks it's my tonsils and has nagged me non-stop 'til I have no choice but to get it checked out when I go home in June.

For the mean time, I currently sound like Ariel after she exchanged her voice for a pair of human legs. Maybe I'm cursed. Our school did just finish its production of "The Little Mermaid Junior" in April! Between props making, remedials, 5K training (apparently not enough -_____-) and the beautiful Boston wedding, it's no wonder I've been sick. The end of the school year is quickly approaching though and I cannot wait to fly into the States into my boyfriend's arms once more! And snuggle with my puppy and see my family :)

I recently took a trip to Bogor with a friend of mine named Julia. She is so sweet and reminds me a lot of my friends back home. She's so laid-back, finds laughter in the worst situations, and loves the outdoors. That's definitely one thing I miss about the rolling hills of Tennessee. It's hard to just spend a weekend hiking or floating in a boat down the river with friends. Between the demands of trying to balance a full-time job (definitely harder than internship year) and a bit of a social life, I don't find many opportunities to travel. I never thought I would be saying that but when the weekend arrives, I just crash. The energy spent to merely get a cab and sit in Jakarta traffic is absolutely, undoubtedly exhausting. I'm hoping that May will be a bit calmer.

Bogor was a nice weekend get away though. Julia is actually moving there this summer and wanted to get a feel for the place anyway so we booked a hotel and went overnight.

The trip to Bogor was an interesting one to say the least. We spent a drizzly Friday night in Jakarta over margaritas and pizza with bags in hand from a quick factory outlet "splurge". I bought running shorts for $5.00 and an Ann Taylor tank. High quality I must say.

I stayed the night at Julia's. What an adorable little house she has! And the SWEETEST overgrown puppy! His name is Booyah and he is a Lab/Rottweiler mix. He is easily 150 pounds. He has the loveable personality of a Lab but the face of a Rottweiler and a defensive attitude to go with it when the situation calls for it.

He snuggled up on the couch with me for the night. I was awakened several times throughout the night by his ferocious growl at the suggestion that someone was trying to enter. False alarm of course but boy did I feel protected. I have now insisted upon getting a bigger dog when I return home, especially if Ryan wants to continue living in Knoxville.. he knows the Fort freaks me out and I think I have convinced him of the importance of getting a protective dog while he's away. Plus he gets to stay in Knox. Win-win situation if you ask me.

The next afternoon, me and Julia hopped aboard the train to Bogor for a whopping $3.00 (upgraded to "Executive" for a $1.50) and met some interesting characters along the way. Before we even located our train, we bounced from station to station trying to figure out which train would take us. You'd think the websites online would be updated with the most accurate information but I learned real quickly in Jakarta that nothing is as it seems. Thank goodness Julia is the type to not get annoyed with frustrating situations. After being surrounded by local Indonesian men who could clearly tell the "bules" were lost, we were on our way.

While waiting for the train to come choo-chooing into the station, my mouth dropped in disbelief at the economy train we had decided not to take. Not only was it lacking AC (ya'll know I hate being hot) but it was packed beyond belief. There were people LITERALLY hanging on the outside of the train and I don't mean just the windows. I mean holding on to the structures of the train on the outside because there was no room inside.

If that wasn't enough to get my afternoon started, I soon realized that:

Julia was chastised by a local on the train for not speaking Indonesian. All we could do was laugh at the old lady's bitterness. She was helpful though and told us which stop was ours.  We stepped off the train and entered what reminded me of the slums of New York. There were small, privately owned shops selling everything you could imagine -- burned CDs, jerseys, sports hats, magazines, water, fruit, toys, and other various trinkets -- with people hounding you to make a purchase. It was a bit of a culture shock I must say. Bogor was much more run down than Jakarta at its worst. And the legless little girl sliding on her bottom, barefoot, with a coin purse in her mouth begging for money on the filthy ground was heartbreaking.

We took a crowded bus, known as an "angkot" which is short for "city transport." These are shady little buses that can fit up to 15 Indonesians and maybe 6 Americans. Here's a photo from Google images. I was too claustrophobic to even think about snapping a photo. Not to mention the overpowering smell of some major body odor.

Although quite uncomfortable, these bad boys are only 2000 rp (20 cents) and the people watching isn't so bad either.

We were dropped off at a shady corner instead of the hotel as requested, pestered by some beyond creepy older men who followed us from taxi to taxi, muttering things under their breath I do not wish to know and finally reached the safety of a security officer who informed us that even the well-known and trusted metered taxi companies (i.e. Blue Bird and Express) do not use meters in Bogor.

A friendly police officer came up to us and took the initiative to yell at some of the taxi drivers for the harassment and sent us in a Blue Bird taxi after telling the guy to charge us no more than 30 000 rupiah ($3.00 for a ten minute drive is an absolute rip-off by the way.) I glanced at the meter on our way to the hotel which was actually only half the price when he suddenly decided to stop the vehicle, turn it off, and re-start the engine. I just looked at Julia who rolled down her window and politely asked the driver if she could roll down the window and blow off some steam (merokok).


We finally arrived at our beautiful 4 star hotel and after a late night indulgence in some serious chocolate cake, we crawled into our beds for the night.

The hotel was extremely nice and would have easily costed $300 + plus in the States but it was only $140 for a night after taxes.

It had some of the most beautiful interior decorating and the Buddhist statues were gorgeous. I love art and this place was very inspirational. I would have loved to get out my canvas and acrylics as I sipped my hot tea the next morning and admired the bright green landscaping, filled with flowers and frogs croaking. Well worth it if I must say -- especially after the day's adventure.

We awoke the next morning to an all-you-can-eat breakfast with chefs and calm music and the sound of a stream bubbling by.

We rode bikes to a golf course and played for several hours. We looked like complete fools, barefoot, no equipment (or experience for that matter) until a golfing pro from Switzerland named Manfret helped and showed us the tricks of the trade! He also made some inappropriate comments about how its "all in the hips" and how his sexual life has improved dramatically since he started playing golf three years ago. I almost gagged.

Anyway, I think golfing just might be my new favorite sport! I really do have a lot of respect for golfers now. There really is a technique to it. A lot of angling and flexibility will make all the difference in your shot. However, it's not something that can be acquired in merely a day. It definitely takes practice and lots of stretching.

Unfortunately, hiking fell through due to the previous' nights downpour, the waters were too high for kayaking, and the Botanical Gardens were drenched :( Hakuna Matata. Bogor, we will be back!

And on a side note, I will remember that sunscreen is worth the investment as I have possibly one of the worse farmer tans, ever. I actually peeled. Ryan got a good laugh out of it. Him and his Irish genes.. just wait 'til this summer buddy and we will see who is laughing!


I posted a video below of my first decent shot at hitting the ball. This was on my third try! Pretty proud of myself. :)

Until next time! xoxo amber
Posted by Amber Yarbrough at 10:57 PM