Hey guys! Thanks for checking out my blog. As many of you know, I will be flying out to Jakarta in the next couple of days. My flight leaves this Saturday, June 16 at 3:25 pm. I am actually flying out with a friend named Nicole who also will be working under the same Bina Bangsa School system. We also just found out that two more American teachers will be flying out of the O'Hare Airport here in Chicago as well and they are male so now we feel extra safe! Their names are Andrew and Eduardo. We've exchanged information and plan to meet before boarding the plane.

After the plane departs Chicago, we will be flying for 15 hours (!!!!) to Hong Kong. I plan on sleeping a majority of that flight.. I do have a Nook and some other reading materials to bring along.. and it will be nice to see a familiar face but I have a feeling this is going to be the longest 15 hours of my life (unless you count like, labor or something but I don't have kids and that's another topic). Anyway, after we arrive in Hong Kong, the school is putting all four of us in a Best Western (YES! I was surprised those existed overseas!) hotel for the night. The two guys have a room they will share and me and Nicole will have another. We also have to take a taxi which should prove interesting considering all the luggage everyone will be bringing..

I also have purchased a phrase book for my traveling in Hong Kong although spoken English shouldn't be a problem there. However, with all my food allergies I figured I should be prepared. :)
After we spend a night in Hong Kong, we catch a flight to Jakarta the next morning and that flight is supposed to take 5 hours which will still be long but I'll probably sleep that one off too, especially because of all the jet lag and I'm not really a morning person anyway.. Once we clear with customs and everything, we will meet a school representative holding a sign with our name on it!

Before I go, I thought I would go ahead and have a FAQ section about the school I will be working for because no offense, but so many of you ask the same questions :)

1) Are you just teaching English? No. It's a full-time paid position as a 5th grade elementary school teacher. I am responsible for 3 subjects: Science, English (the standard Language Arts), and Math. I'll have my own class of roughly 24 kiddos and will be working alongside another 5th grade team (6 other teachers).

2) Do they speak English? Yes. The students have to speak English fluently in order to go to Bina Bangsa. They must take a fluency test. All subjects are taught in English except for the Chinese (Mandarin) class students take (which I will not be teaching, obviously).

3) Do they provide housing? Yes. All teachers live in apartment complexes provided by the school. They are safe :) and there will be a random roommate and no Nicole will not be my roommate because she is living in a different apartment complex.

5) What about tsunamis? There are natural disasters there just like everywhere else in the world. However, Jakarta is one of the least likely to be hit places because it is so far down south on the Java island. They are a civilized city with TV and news stations that are always in tune to the weather.

6) How will you get around? The school provides transportation to and from school and also on the weekends.

7) Do you have to speak the language? No, I do not have to speak Indonesian (aka Bahasa Indonesia) but I'm sure I will pick it up many of the common phrases while living there. I also have a phrasebook a friend bought for me so that will help :)

8) What will you eat? They have lots of street vendors and fresh fruit and veggies as well as many popular fast food chains. However, my travel nurse recommended staying away from all meat until I figure out what's safe to eat. I will mostly be eating fruits and veggies (and probably shedding some pounds which hey, won't hurt!) and drinking lots of bottled water until I get used to the food.

9) Can you wear whatever you want? For the most part, yes. However, since the weather is hot and booty shorts and spaghetti strap tanks aren't the most looked upon choice of clothing, I'll be wearing shirts with sleeves and longer shorts which I must say is probably appropriate for a teacher representing herself in another country anyway :)

10) When are you coming back? I have many vacations since Bina Bangsa is basically a year-round school. I plan on coming home for sure in December for roughly 4 weeks, during the week of March 23rd (yay Lauren and BJ on your engagement ~ can't wait for the wedding!) and probably in June once school ends.

I think that's it! If I come up with anymore FAQs, I'll post those. My goal is to post to Blogger at least once a week, if not twice.

Make sure you come back to check for updates! 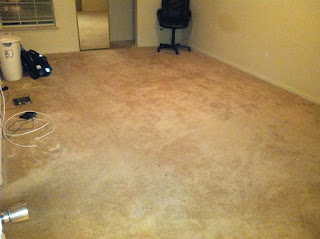 Bye bye Knoxville :(
Posted by Amber Yarbrough at 11:40 AM