I have not posted a blog for sometime now. I apologize, especially to my grandmothers who hound me about it every time they get a chance. :) Shortly after my last post in January, the school year started to pick up, as well as the job search back in the US. With all the stress that comes with being a teacher, I got a bad case of gastroenteritis which lasted almost 3 weeks, followed by my annual bout of laryngitis. Two hospital visits (and $200 + dollars) later, here I am!

Ryan and I had a wonderful time in Malaysia. We stayed in Jakarta for a few days before taking off on our next adventure. I was really excited to visit this country because I have heard such great things about it. We stayed at a really nice hotel and spent each day being spontaneous and doing things at our own pace. This is often why I prefer to travel alone because I'm not one who likes to be on a tight schedule, feels obligated to "include" everyone in the traveling group if I have places I rather venture off solo and I HATE having to deal with split checks. When you come from a large family like I do, you enjoy every moment you can have by yourself (or at least relaxing and not being so stick-to-the-schedule type.) Why can't we all just throw in cash and call it a day? However, I am pretty blessed to have an amazing best friend who is just like me! If we want to sleep til noon, then that's what we'll do - vacation or not.

We visited several different places while in Malaysia, including the Petronas Towers, the Malaysia Bird Park and the Batu Caves. We also made time for shopping at the ever-popular Central Market and bought one too many Roti boys (a fattening, buttery extra-large roll with a caramelized topping and chocolate chips if you're lucky) on our visit.

The visit to the Petronas Towers was such a frustrating trip! We went during one of the peak seasons (Christmas/NYE) so getting tickets was virtually impossible. We had to wake up extra early (I'm talking 5 am) to even secure a decent spot in line. After a couple of tries, we finally scored tickets! 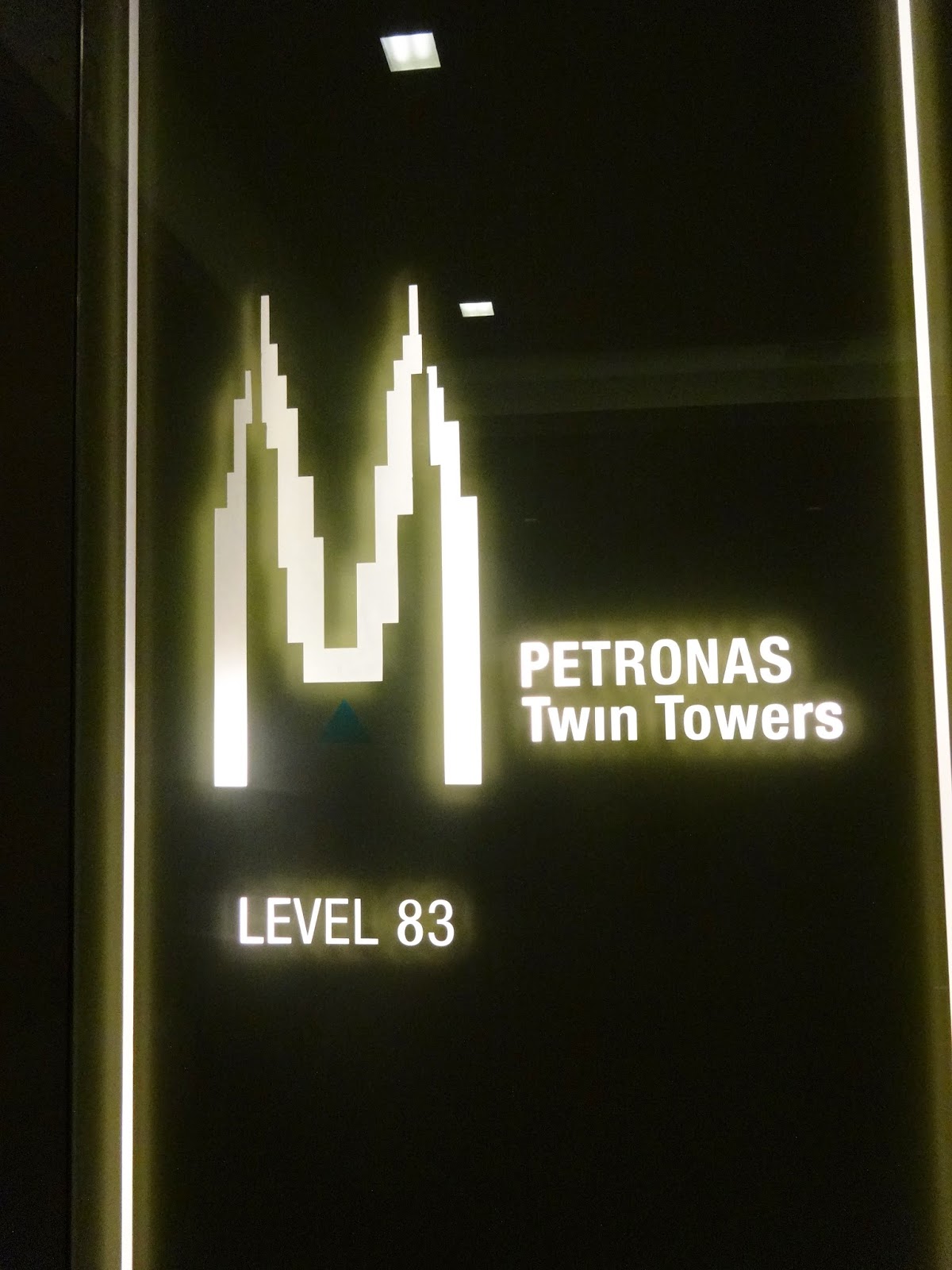 The Petronas Towers are the world's current tallest twin towers. They were pretty amazing to look at (but maybe not worth the cost of the ticket). We traveled in a small group consisting of about 10-12 others plus the guide, snapped some photos and listened to some informational screens. I have a slight fear of heights and it was a little nerve-wrecking to be in an elevator crowded with a bunch of people, going up 80 plus floors at an unbelievable speed. My ears began to pop. Thank goodness the elevator wasn't glass - I probably would have passed out. It was pretty cool to walk the sky-bridge and look out both of its huge windows below. 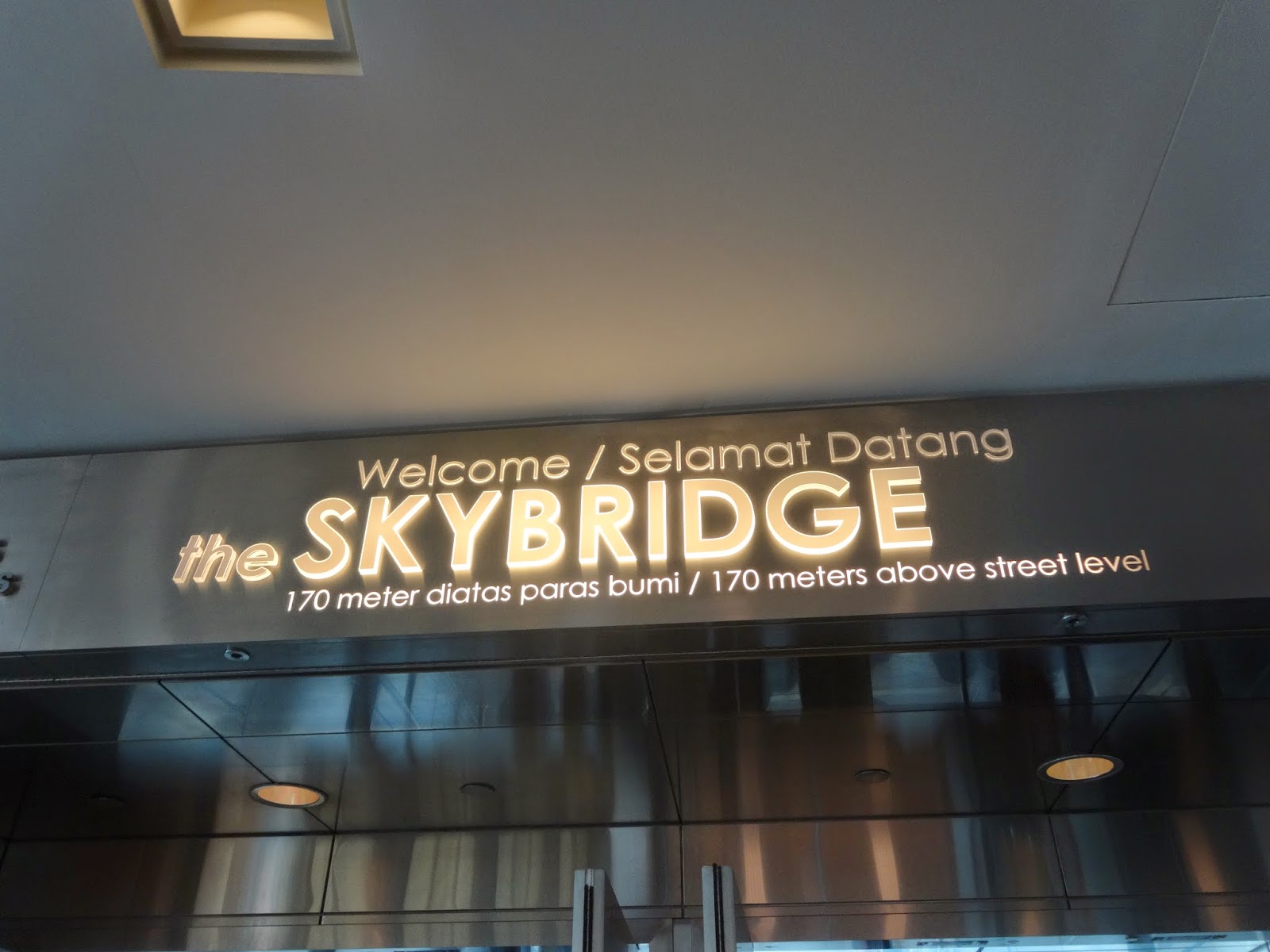 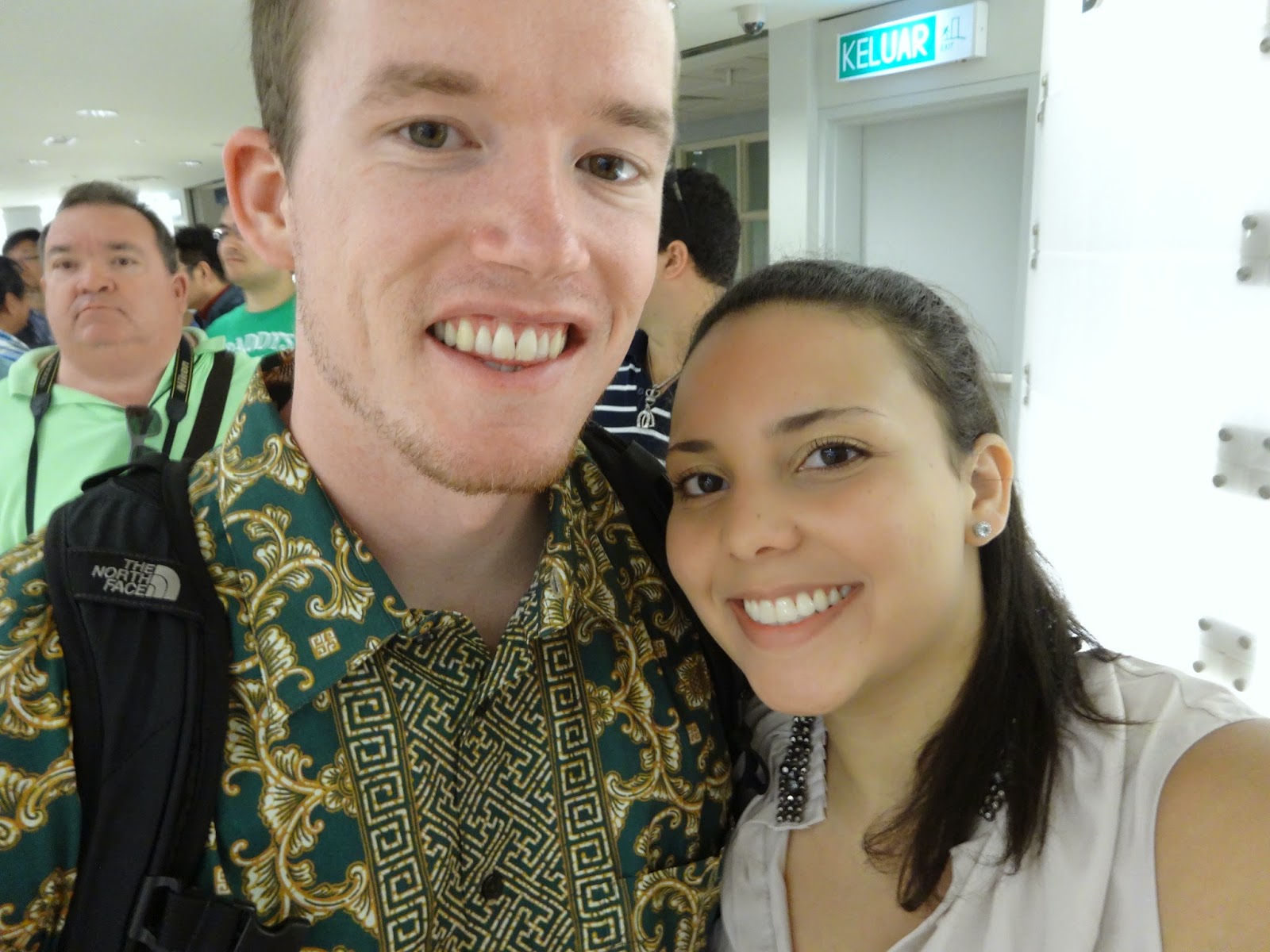 After the tour ended, we checked out the souvenir shop, bought some small gifts for family/friends and then headed back to the hotel to relax and eat dinner. The hotel was super nice! They had a great Sky Bar! It was entirely way too expensive to enjoy it more than one night so we indulged and soaked up every moment. I must also say it was nice to travel to a country and be able to communicate! 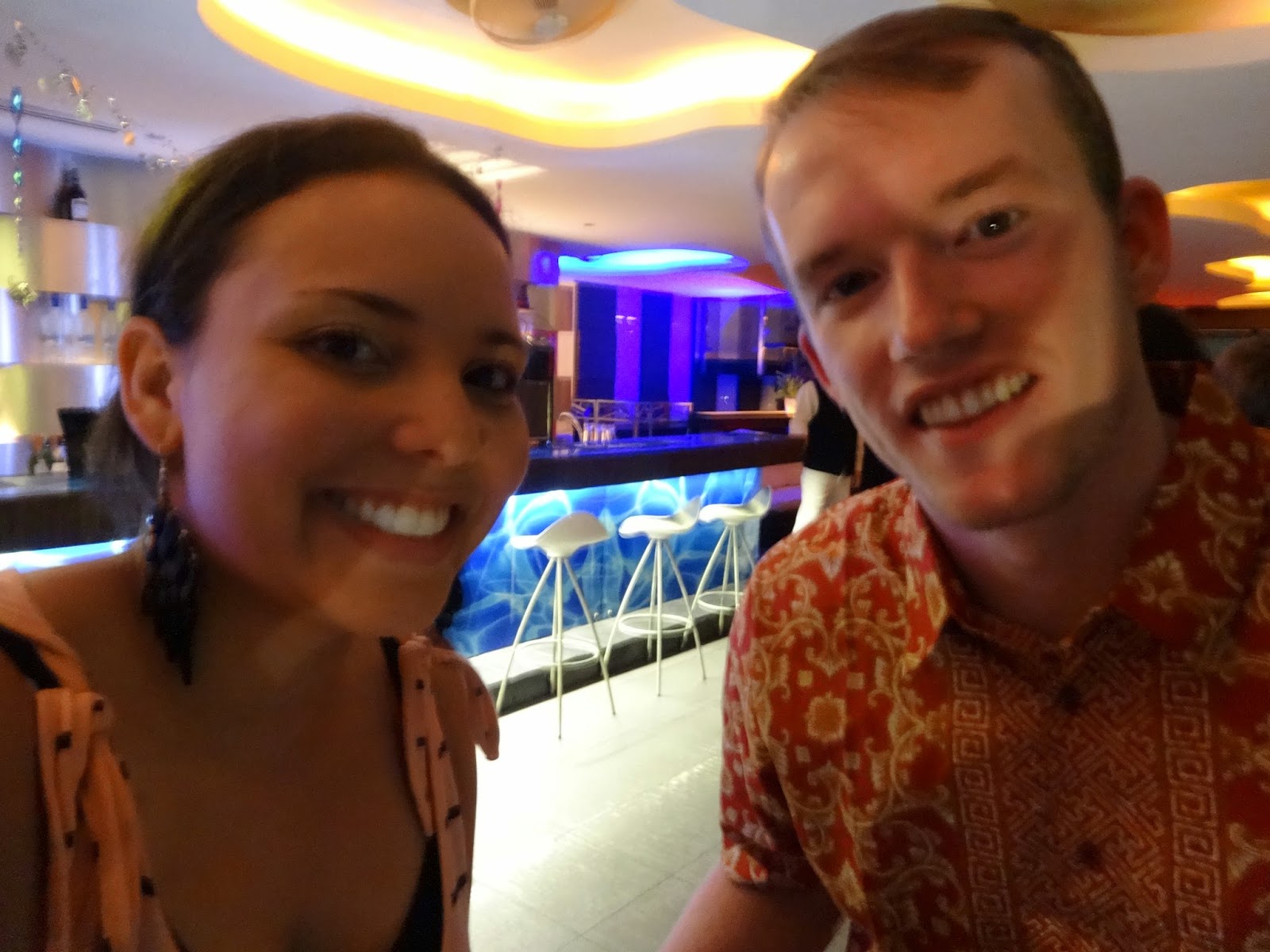 Make sure you check out the next post about the Malaysia Bird Park and the Batu Caves!